Flashback: in 2010 Andreas Schoenrock did the technical editing and proofreading for the german edition of Bob Katz’s reference book on mastering „Mastering Audio“. And in 2014 it still is highly recommended reading!

Bernie Grundman says: „Bob Katz’s well thought out book on mastering is indeed a welcome addition to anyone that works in the production of music and who wants to understand all aspects of this so called mysterious stage of music production…“

Get the german edition here. 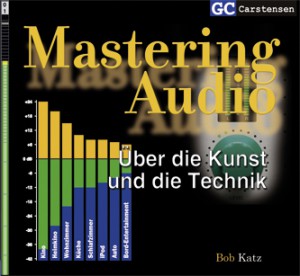 Music production for the latest TV spot of Wüstenrot in cooperation with HearDis! and Jung von Matt/Neckar. It’s a cover version of the german classic „Er hat ein knallrotes Gummiboot“.

New Website is online! Check out the various extended sections of studio schoenrock with detailed information about mastering, productions, musicological works and our mixing service. Plenty of new mastering examples, mixes and audio branding productions await your listening. In addition, theoretical approaches and musicological access to brands and corporations are discussed in the audio consulting section. Enjoy!